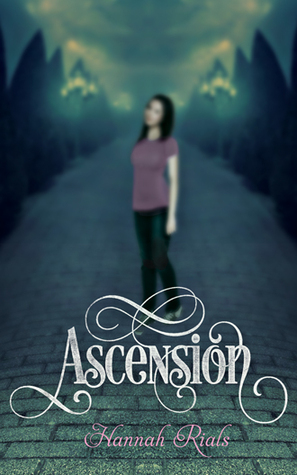 Life is supposed to be perfect after Cheyenne Lane's Ascension ceremony, but it turns out awakening her vampire half only complicates things more.

Burdened with a patronizing family and constant surveillance by the Vampire Council, Cheyenne welcomes a summer vacation to the magical city of New Orleans. But Cheyenne quickly realizes that she can't escape her problems, no matter where she goes. After seventeen years of fearing exposing her secret to humans,

Cheyenne's world is rocked when she starts to fall for a witch named Eli. When he shows Cheyenne how complex the world really is, she must accept that everything she thought she knew about being a Deuxsang is a lie. As if all this isn't problem enough, Cheyenne finds herself the pawn of a conspiracy hatched by those who should be protecting her.

Her whole life Cheyenne is told what to believe and who to trust. Now, she's forced to choose for herself who and what is right. No matter which choice she makes, it will cost her everything.

Hannah Rials is a Maryville native and current college student at University of Tennessee at Chattanooga. Hannah began writing her first novel at age twelve. Eight years later, the result is debut YA novel Ascension. When not spending time with her family and playing with her beloved Corgis, Buddy and Noel, Hannah leads a creative writing group, crafts, and cultivates her writing skills.

a Rafflecopter giveaway
Posted by Jessica Hansen at 6:56 AM