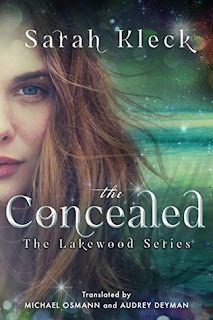 Can you be happy when what you desire most means your doom?” Evelyn Lakewood, an orphan, is crushed after the death of her beloved sister Zara. But the nineteen-year old enrolls in Psychology at Oxford in honor of Zara. There, Evelyn first becomes friends with vivacious Sally and seemingly charming Felix. But the encounter with Jared Calmburry, whose incredibly blue eyes immediately captivate her, fundamentally changes her life. She is instantly drawn to this mysterious stranger around whom unusual things happen and who simply disappears every time Evelyn tries to confront him about his puzzling behavior. After finding a mysterious book with a unique symbol on its leather cover in the university library, her curiosity is perked. She doesn’t know what to make of it but Jared’s best friend Colin Sullivan encourages her with cryptic hints to continue her search for evidence. When she discovers the same medieval symbol is worn by hostile professor Karen Mayflower and engraved on another faculty member’s seal ring, she realizes that an ancient secret surrounds Jared.


I wanted to love this book SO badly! I'm not sure if it was the translation that still has me on that fine line....but there's something there that's holding me back!

Evelyn had my heart, she was broken, emotionally bleeding and trying to find something to allow her to move on from such a tragedy. Coming into a new school enabled her to feel like she was able to start over, not have that cloud looming over her, or be the girl who's sister died.  But of course that can't come easy, what good novel would allow that??

The instant that she lays eyes on Jared her world is turned upside down, between chemistry and mystery this entire book was a quick paced read. Each character played a key important roll, like Morgana for example. She is like Snape and Regina George had a daughter....evil in pretty clothing! She boarders on that fine line of being so mean you almost like her.....it's confusing...lol.

Overall I plan on continuing this series and seeing where Evelyn goes not only on her journey, but as a character. 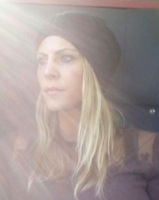 Sarah Kleck, born in 1984, studied Education, Psychology and Sociology at the University of Augsburg.
Currently, she’s working as a human resources officer and lives with her husband and a newborn in Germany near Lake Constance.
“The Concealed” is her first novel

$25 Amazon Gift Card
a Rafflecopter giveaway
Posted by Jessica Hansen at 4:00 AM 2 comments:


Richard Örlendr died over a thousand years ago. He lived in Norway during the Germanic Iron Age and trusted in the judgement of the gods. That is not to say he did not question them when they gave him a dragon, nor did he blindly follow their orders when they told him to go to war. But, when one god told him to kill another, Richard was unable to rely on their wisdom.

He had to turn to the Norns.

They shape it past, present, and future; however, it is not set in stone. A hero can change his fate. A hero can chose his destiny. The Norns can weave a new life, but what happens if the Norns are dead? Do heroes have greater freedom? Or are they locked into their destiny since there is no one left to weave?

Goodreads / Amazon / Barnes & Noble
Are you a reviewer? Request a review copy of Choices here!

What made you want to write this?

I had been tinkering with the idea of a story revolving around a hatchling for about a year when I had the first of many surreal dreams. I walked out of a subway station, it was dark and the streets were deserted. Within half a dozen steps, I was attacked by a man. He demanded my money and as I fumbled for my wallet, the gun went off. I collapsed to the ground and experienced an Assassin’s Creed-esque conversation. Everything melted away save me and a small, blue dragon. He whimpered and begged me not to die. He told me if I died, then he would die with me. All my doodles, little scratches on math notes, everything that he was would disappear. No one would read about him. It would be as if he never existed. Then, I woke up and immediately went to my computer. It has been three years since that first dream, and I am relieved to say if I die now, at least my blue dragon will have the chance to live in the imagination of others.

I cannot possibly list all of my inspirations here. Dozens of books, movies, and artists have captured my imagination and allowed me to create this work in turn. My largest inspirations, however, are songs. I followed the swells of John Powell through the crests of chapters, lay in beautiful melancholy with Ólafur Arnalds, and relieved stress with Taylor Swift and Imagine Dragons. And on top of these wonderful artists are dozens more. From Peter Hollens to Aeralie Brighton, each contribute to the world in ways I know I can never do. They create beauty from nothing but their imagination and talent. They are my inspiration.

Why are some of the names modern while the rest are Anglo-Saxon or Old Norse inspired?

Two of the characters, Richard and Aiden, have modern names. Truth be told, Richard and Aiden are not their real names, though I doubt I will ever talk about what those are. Choices is told as if it were Richard telling the story to a modern audience. Because of this, Richard is an unreliable narrator. He wants people to like him, and thinks he will be more relatable with a modern name. Everyone else can have their real name as they do not need to be likeable.

Why does Sweden not exist in your novel?

This is one of those cases where the short answer and the real answer are actually the same: the story works better without it. To be technical, Norge is a microcosm for the world if the Old Gods were real. It is a depiction of how I believe the world would work if monsters stalked the forests, and supreme deities imposed their will upon us. Thus, keeping Norge isolated from everything else helps me to create this setting. To be blunt though, Sweden simply does not have a role to play in the story and in a story where I go into enough frivolous detail it is far better to have a land simply not exist than to shoehorn in reasons for Sweden to not get involved. This decision was one of the many things which inspired me to write the Author in as a character.

Are you the Author?

Yes and no. I am the author in that I wrote Choices and in that I dreamed of the dragon ‘Aiden’ before writing Choices; however, I do not have any doubts about both the character of Richard and the falsity of the story. The Author in Choices is my way of looking into how writers develop stories. I do not mean this in a pretentious, ‘my writing is a philosophical inquiry into the nature of writing,’ sort of way –in fact Choices is far from a philosophical inquiry. What I mean is I thought it would be fun to explain my writing decisions to myself in a canonical format.

Posted by Jessica Hansen at 5:30 AM No comments:

{Book Blitz + Giveaway} FIVE: Out of the Ashes - By Holli Anderson

Their last battle ended with death and despair, but they have no time to mourn. One of their own has been taken and the Quinae Praesidia set out to find and rescue her. In this third and last installment of the FIVE series, the FIVE discover new powers, make a desperate run through the Netherworld, land on an island paradise . . . and find that Brone, always a step ahead of them, is becoming more powerful than ever.

Previous books in the series:

Mid-leap I shot an anger-fueled blue streak of lightning straight at the stunned nymph’s chest. She flew backward into a pine tree, her arms and legs tangled with the limbs. I had to shake my head as a flashback of my time under the influence of Brone’s drug tried to force its way into my thoughts— tree limbs, alive, ripping at my arms and legs. I shuddered. Alec beat me to the tree, with Seth and Johnathan right behind us. I raised my hand, ready to fire another round if she so much as twitched.
She took an uneven breath.
I stepped closer and Alec’s hand closed over my arm. “Wait.”
I nodded curtly but didn’t lower my hand.
Na’aiha’s eyes fluttered open and rolled toward me. “What… are… you?”
“Quinae Praesidia,” I answered.
Her eyes widened. “Brone… lied.” The light in her eyes dimmed as she stared up into the treetop, sightless and dead.

Holli Anderson has a Bachelor's Degree in Nursing--which has nothing to do with writing, except maybe by adding some pretty descriptive injury and vomit scenes to her books. She discovered her joy of writing during a very trying period in her life when escaping into make-believe saved her. She enjoys reading any book she gets her hands on, but has a particular love for anything fantasy.
Along with her husband, Steve, and their four sons, she lives in Grantsville, Utah--the same small town in which she grew up.

Posted by Jessica Hansen at 5:36 AM No comments: