Some of us book pages have come together to celebrate the release of Embody, the sequel of Insight, by the one, the only, Jamie Magee. Part of the celebration Jamie has been kind enough to take time out to do an interview with all of us. And on with the show!
Hi Jamie! Welcome to the mad house of book pages! Thank you for taking time out of you busy life to answer some (or a lot) of our questions.
Read more »
Posted by Jessica Hansen at 9:00 AM 4 comments:

Who: S.J. Wright
What: The Vampire's Warden
It was a flash in the moonlight, a blur of motion like I’d never witnessed before. No human had the capacity to move like that. When I found myself face-to-face with him there in the meadow, I knew without a doubt that the journal was authentic. I knew that my grandfather hadn’t been crazy at all.

Because a foot away from me stood a vampire.


Sarah Wood reads her grandfather's journal in stunned disbelief. What was once her grandfather's responsibility has passed to her father and now to her. She has become the Warden. Her life will never be the same.
Read more »
Posted by Jessica Hansen at 9:47 AM 2 comments:

Make sure you check out Brittany's Fantasy and enter to win your choice of some
amazing YA books that have come out this year!

Posted by Jessica Hansen at 2:21 PM No comments:

Email ThisBlogThis!Share to TwitterShare to FacebookShare to Pinterest
Labels: Giveaways

First, I'm not even sure if Editorially is even a word, but it fits my mood.
As of late, and when I say late that obviously means the whole month of May, I feel like my brain has been utterly & completely unwilling to write﻿. Lately I have found myself sinking into my world of reading so much that I have been dragging myself up for air, food and the occasional shower. Not even the promise of Man Candy can break me out of this writing rut.....and you know when Candy can't help, something is seriously off.

(seriously if this won't get your mind going then what would?)
Read more »
Posted by Jessica Hansen at 4:54 PM 2 comments:

Yet ANOTHER reason to LOVE Mondays!

Monday Morning, I love you!

You know, for some odd reason I'm really starting to like Monday mornings!

Who needs a pilot?

Or a bodyguard?
Read more »
Posted by Jessica Hansen at 9:31 AM 3 comments: 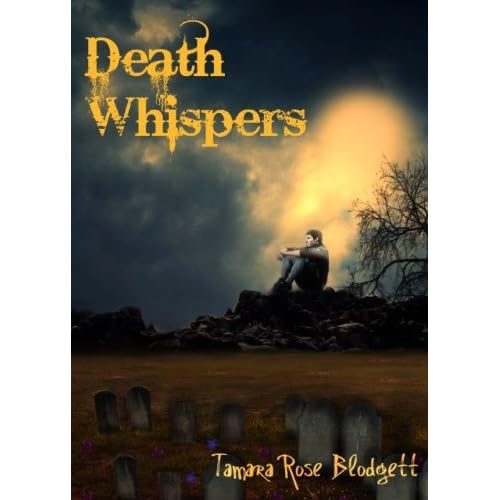 
Caleb has the most rare of the paranormal powers, Cadaver-Manipulation (aka corpse-raiser). In this world of the future, with Brain Impulse "pulse" Technology's wide-spread use and influence keenly realized, routine school inoculation has expanded to include a pharmaceutical cocktail, which once administered, unlocks the genetic potential for paranormal abilities. Using this small window of puberty, teens who have the genetic propensity find themselves manifesting extraordinary gifts; some of which garner the full attention of our government. Caleb must camouflage his new "talent" during the mandatory eighth grade Aptitude Test so that he remains undiscovered while establishing choice for his future.

However, events beyond his control systematically reveal Caleb and his friends, which force them to fight for their freedom. In the midst of this struggle, his girlfriend's father battles to reassert his abusive dominance in her life while a couple of "peer enemies" thwart his efforts of secrecy at every turn. In the explosive climax, Caleb must protect his friends, and Jade, the one he loves...at all costs.

Release Date: 4/26/11
Website: Sable Grace
Publisher: Avon Books
Purchase Info: Amazon, Barnes & Noble
The gates of hell have opened, and one woman will stand in the crossfire as the Dark Breed -- vampyre, demons, shape shifters -- and mankind fight their last battle for survival.

Kyana is half Vampyre, half Lychen... And the last of her kind. Determined, dangerous, and damned, she has no love for the mortals who have imprisoned and misused her. But when the Order of Ancients entrusts her with a mission -- to find the key that will send the Dark Breed back into Hell for eternity -- Kyana has no choice but to accept.

She is furious to learn her assignment comes with an escort... Ryker, a demigod and fierce warrior who long ago found a way under her skin and stayed there. In a shaky alliance, they discover an ancient cult with dangerous motive and a god who seeks to destroy all others. And as Kyana begins to feel the heat that threatens to bind her to Ryker, she knows she has to resist. For it could only mean the undoing of them both...

﻿Vampires, Lychens, and Gods oh my!

Read more »
Posted by Jessica Hansen at 11:14 AM No comments:

Release Date: 6/10/11
Website: D. Apodaca
Publisher: Eminent Books
Purchase Info: Amazon, Author Website
Mindy Keenan couldn't shake the feeling that somehow...in a matter of moments...the boy she once knew was not the one standing before her.

After Mindy's childhood best friend, Dean Aiken, shuts her and everyone else out of his life, she learns to move on. Years pass and she gets used to the fact that he's no longer a part of her life, but things begin to change…

Mindy's new best friend, Markus Medina, witnesses Dean kill two people behind a club. Mindy has a hard time believing him, especially when he mentions that the bodies disappear. Poof! Into thin air. Markus decides he has to follow Dean around in order to get evidence that he's been killing people, so he doesn't sound like a nut to the police.

Despite Marcus’ crazy theories about the possibility of Dean not being human. And not to mention the fact that he's dangerous. Mindy can't help that she may be falling in love with him. Even after hiding their feelings for each other from the world. Dean and Mindy being together stirs up dangers that neither of them could ever imagine. When she finds out about what Dean really is and the world he tried to keep her away from...it's already too late.
I want me a DEAN!!
I can whole heartily say that I absolutely, 100%, fell in love with this book, the characters and their world!
This will be a series that will grab a hold of you and won't let go until you've reached the end & are trying to sell your first born to get a copy of the next book!
Read more »
Posted by Jessica Hansen at 9:43 AM No comments:

﻿How was everyones weekend? Good I hope!
Me, well I spent part of it out until 4:30 in the morning...that's what happens when you're the DD & you gotta drive around a bunch of drunk football players...hard job I know, lol.
Since it's almost lunch time, here's some yummy stuff!

He looks upset, I think he needs a hug!
Read more »
Posted by Jessica Hansen at 12:34 PM 2 comments:

Kick off the weekend right!

What a week it's been huh?
With all the controversy that's been going on with the Book of Face (and apparently twitter now), it seems we could all use a good dose of candy! ﻿
Who: Thea Harrison
What: Dragon Bound
﻿


A Fiery Temper is Not Easily Extinguished

Half-human and half-wyr, Pia Giovanni spent her life keeping a low profile among the wyrkind and avoiding the continuing conflict between them and their Dark Fae enemies. But after being blackmailed into stealing a coin from the hoard of a dragon, Pia finds herself targeted by one of the most powerful–and passionate—of the Elder Races.

As the most feared and respected of the wyrkind, Dragos Cuelebre cannot believe someone had the audacity to steal from him, much less succeed. And when he catches the thief, Dragos spares her life, claiming her as his own to further explore the desire they’ve ignited in one another.

Read more »
Posted by Jessica Hansen at 10:09 AM No comments:

This time it's just all the characters slowly looking towards the camera...but since most of them are hot, that's fine with me!
Posted by Jessica Hansen at 10:01 AM No comments:

It's hump day! And how fitting is it that I have erotica author, Casey Sheridan, here to talk to us?!
With her new novel, Ruby Red Metallic, just released last month, so Casey is hopping all over the Internet to spread the word about this hot & steamy story!

Who: Katherine Pine
What: After Eden -
﻿               Devi knows she shouldn’t trust the new employee at her favorite used bookstore. Sure, he’s funny, smart and hands down the sexiest guy she’s ever met, but something dark lurks behind his unassuming smile and sinful green eyes.

Still, a girl can’t always afford to be picky. When an angel abducts your twin brother it should come as no surprise that the one person who can help you get him back is a demon–and only if you’re willing to pay his price.

A Hyperbole and a Half book?! Say What?!?

Ok, right now you're either TOTALLY stoked like I am,
oooooooooooorrr﻿
you have no idea what Hyperbole and Half is....
If you fall into the latter category, or possible you might have heard about it somewhere, then let me educate you!
Does this look familiar? 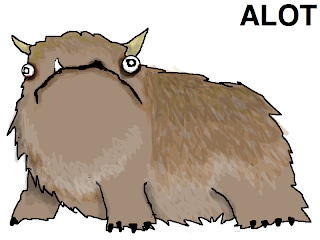 Read more »
Posted by Jessica Hansen at 2:02 PM No comments:

Email ThisBlogThis!Share to TwitterShare to FacebookShare to Pinterest
Labels: Hyperbole and a Half

So currently I am trying to figure out a new and exciting way to do Talkative Tuesday each week....while right now I am running on very few brain cells, it's taking a while.

With work picking up like you wouldn't believe, kids, the gym, trying to read, review, entertain....it's all becoming slightly overwhelming at times. It's also starting to become apparent that I need to add a little bit of spice to my Talkative Tuesday bit....so I'm off to the brain-storming section of my mind to come up with amazing, fun ideas!

When I return from this foreign place you will know, because I'm coming back with a BANG!

Posted by Jessica Hansen at 11:31 AM No comments:

Monday, you know what that means!

You really thought I had forgot about the Monday pick-me-up?
NOOOOOOOOO
Regardless of what happened last week and how I felt, I will ALWAYS continue to have some Man Candy around ;)
So may I introduce the lovelies

Is it just me, or could you get LOST in those eyes?
Read more »
Posted by Jessica Hansen at 3:25 PM 5 comments: First, sorry that I didn't post the winner sooner, I just got caught up over the weekend!

Second, thank you to EVERYONE who entered to win! You guys are awesome :)

I have email the winner and they have 48 hours to respond of I'll have to pull another winner.

Posted by Jessica Hansen at 9:47 AM No comments:

Wrap It Up - April

Another month down and some AMAZING books read!﻿
Rosemary and Rue (October Daye Series - Book #1) - By Seanan McGuire
(review here) Read more »
Posted by Jessica Hansen at 8:12 AM No comments:

As most of you know weekend posts for me are slim (very) to none. Well today I thought I'd shake things off a bit and throw you all off! So here is my amazing message for all of you....

Amazing right?? Now I know you all are pondering whether or not it taste like strawberries. And if you weren't you ARE now!

Posted by Jessica Hansen at 8:49 AM No comments: