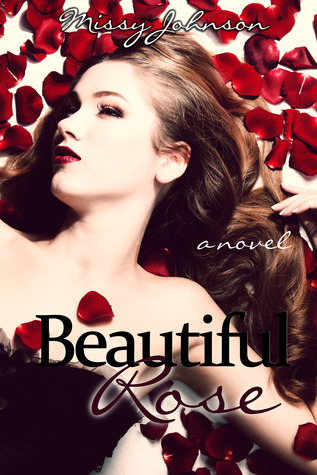 
Jack Falcon is a new man. Three years after he left his life behind in London, Jack finally feels settled. He’s surrounded with everything that is important to him; a great relationship with his brother, Alex, a bar he is about to re-open, and most importantly, he has control of his life and his dreams. He knows he can’t undo the wrongs of his past, but he sure as hell can determine his future. He has worked hard to move forward and nothing is going to undo that.

Until he meets Rose.
Rose Wilson has never felt normal. Since she was a child, Rose has felt nothing but the overwhelming desire to end her life and she has no idea why. We live to die, so what’s the point in living? Rose has pushed the limits in the past, and pushed people away. She can’t figure out why Jack and Alex are so insistent on helping her. Twelve years of therapy has failed to help her, so why should they be any different?
Jack sees just how beautiful and important Rose is, but convincing her of that means putting his heart on the line, something he isn’t sure he can do. He can’t deny his feeling for Rose, but that doesn’t mean he has to act on them. And Jack isn’t the only one developing feelings for Rose.

Before Rose, Jack vowed he would never let himself fall in love again.

Before Rose, he had control.

But sometimes, it’s losing control that makes you really see what’s really important in your life.

Even broken people fall in love.....

It's hard to fall in love, but when you have a situation like Jack & Rose's....well that's a little bit different.

They're both broken to the point that they just push each other away, and there were honestly times when I wanted to shake the shit out of Jack!
Who cares if you're got muscles for days, a sexy ass accent, and unruly hair that Chris Hemsworth envies....I will shake some sense into you! Don't make me do it!
(See this is what fictional boyfriends make me do!)

Emotions ran extremely high in this book, but I honestly never felt overwhelmed or lost in them. As Jack & Rose's relationship blossoms,you discover things about each of them that completely make you understand why each of them is scared. Now about the crazy bitch "ex-girlfriend", who by the way I want to punch, is one of the rudest characters I've ever had the pleasure of reading about. Congrats to the author for making sure Harmony's essence screams Psycho! :-)

For some reason it didn't hit me that there was no type of paranormal element to this book until I was basically done with it. Any type of contemporary romance, or chick lit, usually isn't my thing......Beautiful Rose was different. I was wrapped up in this fantastic journey of self discover, self worth and realizing that even if you have flaws you're worthy of love!

Lol you actually make me want to meet this crazy bitch ex girlfriend. I love to hate people like that in books! This sounds like a great read! :)

She's a MASSIVE bitch....you'd love to hate her