{Review + Giveaway}: Fire In The Darkness - By Stacey Marie Brown 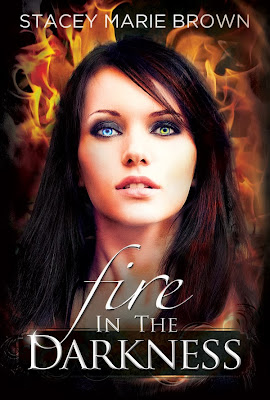 It's been four weeks since Ember Brycin witnessed what her powers are capable of. The Electrical Current Storm has turned Seattle, Washington into a natural disaster zone. The death toll is in the thousands with countless others homeless and hungry.

And Ember is the one who caused it. Something she will have to live with every day.

Those people who were unable to escape either turned quickly into gangs or live in shelters. Ember, on the other hand, can’t do either. With a price on her head and a Dark Dweller on her ass, she is constantly on the move. Both Light and Dark are hunting her for their own purpose to use her as a weapon or a pawn in the war between the Unseelie King of the Dark and the Seelie Queen of the Light.

Em needs help but doesn’t know who to trust: Lars, the mystery man Torin told her to find? Torin, the Seelie Queen’s personal knight, who has sworn to keep Em safe? Or Eli, who wants to turn her over to the Unseelie King, but whom she has an undeniable, intense connection with?

No matter what she chooses she will probably lose—her life or everything and everyone she loves.


This book absolutely consumed me!!! it was twist after turn, all wrapped up into a ball of magical tension. Seriously, I want the next book in this series now!
For those who know me, know that anything with the slightest inkling of Fae, Unseelie, or Seelie will have me at fan-girl status quicker than a nerd at ComicCon!

So many complex aspects went into this book, not only from Ember's emotional stand point, but the descriptions in this book were absolutely phenomenal. Stacey Marie Brown was able to paint a picture of beauty, darkness and fantasy all at the same time. Never getting what you expected on the next page absolutely thrilled me to pieces.

Ok, now about Ember. She carries so much from book #1 into this book. Trying to deal with the devastation that she's brought to so many people practically ate me up inside too. I wanted to just hug her, tell her it's ok, and make her cookies!
Seriously, this girl needs cookies STAT! They not only will help her with all the destruction baggage she's carrying around, but how about the L-O-V-E triangle?
Torin & Eli......Eli & Torin .....I mean, how do you choose? Each has their own quality that makes them sizzle all over the pages, it's going to tough to figure this one out.
(For me anyways, I want both!!)
Though it's obvious she's feeling Eli, I can't help but wonder the slightest bit where it'll go with Torin. Either way is a win, if you know what I mean!

Truly, I couldn't have been more pleasantly with this entire series & will now start begging the author for the next book! 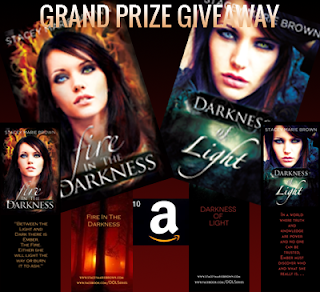 Check out the ENTIRE Tour Schedule & all your chances to WIN!!

Posted by Jessica Hansen at 5:25 PM

I just started reading these kind of books. I think I am drawn by the magic. I like to see what kind of "powers" everyone has.

one of my favorite themes is 'the one', person causes a catastrophe and wants redemption or he/she is looked upon to save the day etc (superman, the matrix) - regnod(at)yahoo(d0t)com

Life long Replacement is something that you rarely find, while you Buy facebook reviews. Only a handful of excellent companies are offering this. buy reviews for facebook

The Individuals and Firms are always looking for trustable website for their Internet Marketing Campaign buying usa facebook likes.

The most widely used social networking site Twitter helps persons to grasp about recent topics and activities or social reactions of their favored stars. buy followers on twitter

In case you are being assured round-the-clock Customer Service and lifetime replacement then don't rethink after you Buy facebook reviews from a provider. buy facebook page 5 star comments

Worried of being deceived when you Buy YouTube Views? Here, we assist you doing so. buy youtube channel subscribers

I am happy to find this post very useful for me, as it contains lot of information. I always prefer to read the quality content and this thing I found in you post. Thanks for sharing.

I am happy to find this post very useful for me, as it contains lot of information. I always prefer to read the quality content and this thing I found in you post. Thanks for sharing.