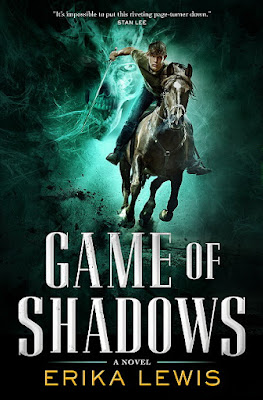 Ethan Makkai thought that seeing ghosts was the worst of his problems. Between his ethereal gift and life with a single mother hell-bent on watching his every move, he feels imprisoned. When Ethan sees a chance to escape, to leave the house by himself for the first time in his life, he seizes it, unaware that this first taste of freedom will cost him everything.

Ethan is thrown into a strange and eerie world, like nothing he's ever seen. He's assaulted by dive-bombing birds and rescued by a stranger who claims to be his bodyguard. His apartment is trashed, and his mother is kidnapped to a place Ethan never knew existed—a hidden continent called Tara.

Travelling to Tara in search of his mother, Ethan discovers that everything he knows about his life is a lie. His mother is royalty. His father is not dead. His destiny is likely to get him killed.

Confronted by a vicious sorcerer determined to destroy the Makkai family, Ethan must garner strength from his gift and embrace his destiny if he’s going to save his mother and all the people of Tara, including the beautiful girl he’s fallen for.

Ethan is my favorite....EVER! I want him to protect me, to help me, to just hang out with me! He's this seemingly average teenage boy, with an overprotective (like super over protective..crazy even) mother...who can see and talk with those who have passed on. Yet he seems to attract those who cause trouble, so you could see why his mother wants to protect him.

Until the day his mother is kidnapped & a strange man enters his life claiming to be family. So, as Ethan's story unfolds he's swept away to this new place, with interesting characters and beautiful landscapes. One of the things I felt the author did wonderfully was integrating the love story withing Game of Shadows. It wasn't a "boy-sees-girl-boy-falls-in-love-with-girl", I felt the progression of their relationship. It was natural and honest.

Since this was the first book in a series I felt as though Erika hit it out of the park! There were a couple of things that I wanted wrapped up in the first book, but I can wait until #2 to get those answers. Now everyone go out and grab Game of Shadows....now!

Caitríona Makkai, Ethan’s mother, a strong woman who fights for what she wants, there is one actress who not only fits the bill when it comes to appearance, but claims her name as well. Or should I say, I borrowed her name! Caitriona Balfe!

I was in copyedit and really needed a new name for this characters. Something Irish, Celtic, and ancient. I was watching something online where Caitriona Balfe was interviewed and fell in love with her name. I knew she was Irish and looked up the origin of her name and it was perfect. I used the original accented version in the book.

Post the interview I started watching Outlander and am now very thankful for using her name. She would be the perfect person to play her!

Runyun Cooper. For Ethan’s formidable father, I had to turn to another Irish actor, Michael Fassbender. In looks, in persona, he would really make Runyun everything he is, charismatic and dangerous. Not sure I need to say more!


Sawney Bean. Bean is a villain with all the charm of the Marvel character Tony Stark. He’s a ladies man, but one date with him and you won’t come back alive. For Bean, yet another Irish actor came immediately to mind. Colin Farrell. An actor who has incredible range, the man can be scary and sexy all at the same time.
. 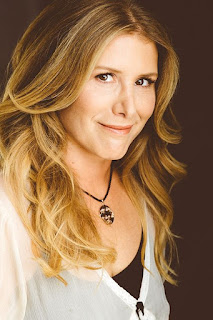 She moved to the west coast following her dream to work in television. And after fifteen glorious years developing and producing for truly awesome places, like Sony Pictures Entertainment, Fireworks Television, 20th Television, that’s a division of Fox if you didn’t know that, and then at G4, where she could finally be free to be the nerd she had always been. She had more collectible toys in her office than even the famed executive producers of ATTACK OF THE SHOW and XPLAY. At least that’s the way she remembers it.

So how did this circle back to the beginning of this bio? A Math major becoming a writer? Because she’d actually always been a writer, she just never told anyone. She would write and write, edit and edit, then realize that it wasn’t good enough and go back in for yet another pass. And when she finally had several projects she really loved, that’s when she knew it was time to unleash them to the world.

Her first project, a graphic novel, THE 49TH KEY, is currently being featured in Heavy Metal Magazine, and will be released in trade in summer, 2017. Along with her amazing partner, Jessica Chobot, she’s currently working with LINE Webtoon and Legendary Comics on FIREBRAND, an ongoing comic series. Her first novel, GAME OF SHADOWS hits the bookstore shelves February 28th, 2017 from TOR/Forge Books, an imprint of Macmillan Publishers.

There are several other really exciting projects that you will be hearing much more about soon, but if she leaked them now, she’d get in big, big, big trouble. She resides in the sunshine state of California. When she’s not chained to her laptop, she’s usually playing with her big fluffy Golden Retriever, or running, or at one of the bookstores or comic shops by her house. And always drinking coffee. 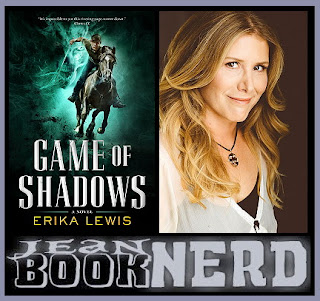