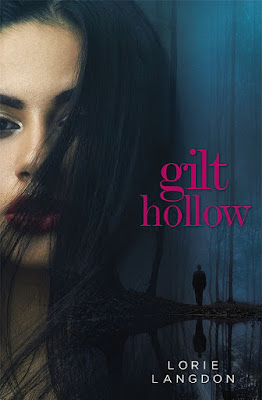 Willow Lamott’s best friend is a murderer, and no one in the small town of Gilt Hollow will let her forget it. For four long years, she’s tried to fade into the background—but none of that matters when Ashton Keller comes striding into school, fresh out of juvie and fueled by revenge. The moment their eyes meet, Willow no longer feels invisible. Drawn to the vulnerability behind Ashton’s mask of rage, she sinks deeper into his sinister world and begins to question whether he’s a villain, a savior, or both.
Ashton thought he wanted vengeance, until Willow reminded him what he’d been missing. Now he longs to clear his name and become the person she sees in him. But the closer they get to uncovering the truth, the darker the secrets become, and Ashton fears his return to Gilt Hollow will destroy everyone he loves, especially the girl he left behind.


The suspense KILLED ME!


Gilt Hollow was such a different read for me, it was refreshing and took me my thrill seeking mind to another level.

Ashton is innocent, spending time behind bars for a crime he didn't commit, he's determined to clear his name...even if that means finding answers by himself. Though when he returns home he finds companionship in Willow. Their connection is genuine and feels real from the first time they meet. It amazed me how the author was able to articulate such a connect on paper, it was truly magical.

As Ashton & Willow attempt to uncover the truth behind Ashton's case so many issues seem to arise, but Willow is there for him no matter what....but the final secret that Ashton is hiding is huge, and I mean HUGE! It was surprising to know that Ashton held onto this burden for so long, it really shows his true character & strength.

Overall this entire novel had me emotionally invested in the characters & their outcome. I was rooting for Ashton from page 1 & wanted nothing but for all this haters to eat their words! You'll just have to read for yourself to find that out! 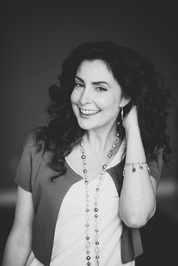 Lorie Langdon has longed to write her own novels since she was a wee girl reading every Judy Blume book she could get her hands on. So a few years ago, she left her thriving corporate career to satisfy the voices in her head. Now as a full-time author, she spends her days tucked into her cozy office, Havanese puppy by her side, working to translate her effusive imagination into the written word.

Lorie has been interviewed on Entertainment Weekly.com and several NPR radio programs, including Lisa Loeb’s national Kid Lit show. The DOON series has been featured on such high profile sites as USAToday.com, Hypable.com and BroadwayWorld.com.

a Rafflecopter giveaway
Posted by Jessica Hansen at 7:00 AM


hi, am Doris, i had my friend help me hack my ex's email, facebook, whatsapp,and his phone cause i suspected he was cheating. all he asked for was a his phone number. he's email is (cyberlord7714@gmail.com)..IF u need help tell him Doris, referred you to him and he'll help. Am sure his going to help you do it, good luck..