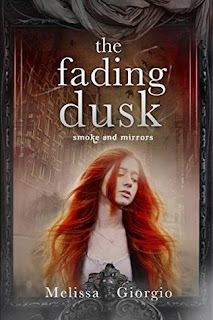 In the gritty city of Dusk, seventeen-year-old Irina makes her living as the street magician Bantheir’s assistant. The job isn’t glamorous, but she loves the crowds, the shows, and most of all, the illusion of magic. But Irina’s world is shattered the night she is arrested and charged as Bantheir’s accomplice to murder—murder by magic.
Real magic, the kind that’s been forbidden since the old wars.

Irina finds the idea of flashy showman Bantheir using actual magic to kill someone laughable, but she’s the only one who sees how ridiculous the claim is. But how can she convince everyone Bantheir is innocent when they’ve already made up their minds? Desperate, Irina must decide who she can trust to help her win her freedom. Is the surly, handsome Captain Leonid telling the truth when he says he believes Irina is innocent, or is he just using her to get to Bantheir? What about Aden, the sweet soldier and longtime fan of Irina’s who claims he’s on her side?
Irina said she wanted to know the truth, but when she stumbles across a dark secret that changes everything, will she be strong enough to survive?kj

Joining Irina in the city of Dusk, helping her brother as his magically assistant, her world is instantly turned on it's head when she is taken into custody for a murder that her brother
"committed" and now she's an accomplice.

Immediately I was drawn to Irina, and her level-headedness during this entire story. She had a way about her that would pull any reader in from the beginning. Not once did she jump into a situation with giving it some sort of thought, Irina is so unsure of who she can trust that her caution is completely intact...but sometimes it was almost overdone.

The author had a great way of introducing new side characters into Irina's life without causing you to suspect each one of having ulterior motives. My favorite was Aden, he admired Irina and everything that she did....but are there secrets that Aden is hiding??? Hmmmm.....you'll have to find out!

Now I can't wait for the next book in this series, and to see where Melissa takes all these great characters! (Hopefully a little more Coreen and Aden) 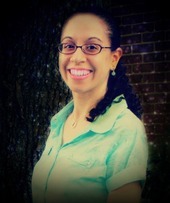 Melissa Giorgio is a native New Yorker who graduated from Queens College with a degree in English. She’s always dreamed of being a writer and has been creating stories (mostly in her head) since she was a little girl. Also an avid reader, Melissa loves to devour thick YA novels. When not reading or writing, she enjoys watching animated films, listening to music by her favorite Japanese boy band, or exploring Manhattan. She is also the author of the Silver Moon Saga.

a Rafflecopter giveaway
Posted by Jessica Hansen at 5:30 AM

This sounds like a very well written read - I like that the characters are so realistic and well developed, too! Glad you liked it! :)