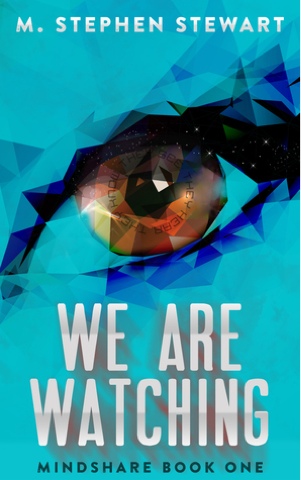 Henry Malone’s childhood was shattered by the unexplained suicide of his father. Now a teenager, his days are spent studying to become a Neural Implant Technician for Planetary Link Corporation, helping them maintain an iron grip over his walled country and every iota of knowledge contained within—but he leads a double life. Henry’s nights are spent helping his mother wage a cyber war against them in her quest to find the truth behind his father’s death.
He’s managed to keep his two lives separate, a delicate balance that’s endangered after he repairs the neural implant of a stranger. He finds she’s in possession of illegal memories from the outside world, unauthorized knowledge of his father, and a message: speak to me later and tell no one. Henry has a choice to make—ignore the message and maintain his double-life, or answer and risk everything to uncover secrets Planetary Link would kill to keep buried.


Not often am I completely engrossed with a futuristic/SyFy type book, but We Are Watching did that for me. It gave me the creeps, chills and at points had my heart racing.


Diving head first into this book I instantly realized that Henry is not only consumed with his father's sudden passing, but he's smart enough to realize that there's probably more to it than meets the eye. I feel that's why he spends so much time reading and conducting other illegal activities. The world that is created around this dystopia Houston is one of the better ones I've seen, there's enough intrigue into why & how this city became what it is, that it has you craving answers more in depth. So I'm hoping that in the next book we get those in detail.....especially a little more why the NEX are so important.


As Henry's world is unraveling, and it all starts with a route memory sifting. How does a NEX have memories of his father? That's not only illegal, but it tilts him in his axis.
Now this is where everything really picked up for me! Conspiracy, murder....and......oh I can't ruin it, but let's just say that I was extremely pleased with how the book was left off. It will truly be a great jumping off point for book #2 & the rest of the series!


Make sure you pick this book up if you're looking for something new & refreshing! 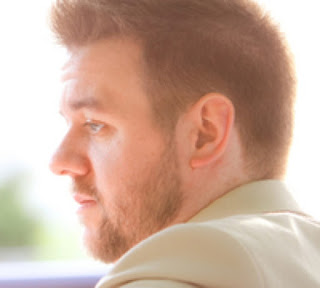 M. Stephen Stewart is a graduate of Indiana University with a Bachelor’s Degree in Journalism. He makes his home in Indianapolis with his wife and two dogs. In his spare time, Matt is an avid sports fan, gamer, and reader, who loves to connect with new people. You can usually find him around town with his wife, exercising, or in front of his computer working on a new project.

Signed copies of We Are Watching and A Conduit for Man (book 2).

a Rafflecopter giveaway
Posted by Jessica Hansen at 5:45 AM

Great review, Jessica! Thanks for being on the tour! :)