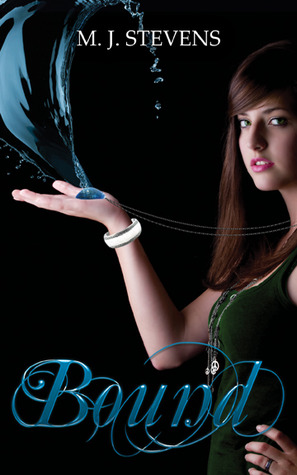 Mellea Wendorn hasn’t exactly had a normal life. Misfortune seems to follow her, and her family, wherever she goes.
However, when Mellea stops to assist a mysterious young man suddenly her prior hardships seem trivial.

His name is Leo. He is a Successor, a child of the Guardians of Selestia.

He is royalty.
He is handsome.
And he wants Mellea completely to himself.

Unable to escape the Guardian's laws, Mellea must learn the ways of the royals. She is convinced her life can’t get much worse. But when a timeworn Guardian enemy arises from the shadows, Mellea must make a choice that will change her destiny forever.

What a fantastic read, it was so different from my last reads that it sucked me in. I love when an author can create such a great world, new characters, but it doesn't seem to SyFy, or strange.!

Mellea is just trying to get by, hard work, dirty work, it doesn't matter. She wants to better herself & her family. Then all of a sudden it seems as though she will have the opportunity....but it of course comes along with a Royal pain in the ass, Leo. (Honestly I just wanted to drop kick him more than a few times!) Doesn't it always seem that way, this beautiful brilliant girl ends up with with a guy who has the redeeming qualities of a toad??! I can't lie, there were times when he seemed like it was going to do, or say, something that would make me swoon....well those moments were few and FAR between.


Aside from that I LOVED aboslutely every detail of this book. From beginning to end I was emarsed into this world that I felt was so real, I just wanted to step into to it. Maybe I'd even get one of thos hunky guardians to watch over me! Even with the impending doom that seemed to be lurking around the corner I just watned to get to the end to see how Mellea was going to step up and deal with everything going on. Watching a character grow like that is one of my favorite books moments.

I will have to warn you all if you don't like cliffhangers, do NOT grab this book, but honestly what GREAT book these days doesn't either have a cliffhanger or have you begging the author for more, NOW?!