﻿
This week long event has been put together by the following WONDERFUL peeps!
Jessica @ Confessions of a Bookaholic
Lisa @ A Life Bound by Books
Rachel @ Fiktshun
&
Jaime & Patricia @ 2 Chicks on Books
Today I'm taking a page out of Rachel @ Fiktshun's book & spotlighting VILLAINS today!
#10
Miles De'Luca
Cold Blood - By Heather
Miles takes the term wing-nut to a completely different level. I mean he wants to have a relationship with his cousin & rule the world. Mental Case! 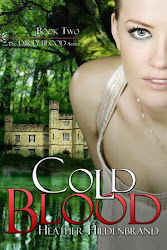 #9
Ava & Luka
Savor - By Megan Duncan
Talk about a match made in crazy heaven!
Both are power hungry and willing to destroy anything that gets in their way. 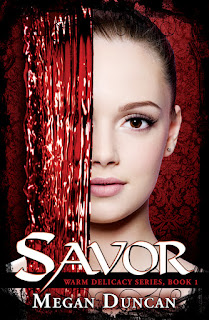 #8
Jelena (a.k.a Crazy Bitch)
Descended By Blood - By Angeline Kace
Kick ass & cause havoc, that's exactly what describes her! I do love how she ignites so much fury inside of Brooke though, so I guess she does serve some sort of a purpose.

#7
Marshall Cross
Touch - By Jus Accardo
Heartless. That's the only word that comes to mind when I think of Dez's dad. My god, he even kept his daughters mother locked up in that hell hole & told Dez that she died!
It doesn't much more heartless then that.

#6
Riley Williams
Exiled - By M.R. Merrick
Who banishes their own son AND wife? Really, who does that?! Oh, wait, this prime specimen of a man, that's who! And that's just the tip of the twist iceberg he sits upon, it gets SO much better!

#5
Devin
Rosemary and Rue - By Seanan McGuire
This one blindsided me, and usually I'm pretty good about spotting things, but WHOA! Manipulative, deceitful little shit. Yet at the same time I should have seen it coming, I mean he runs Home for Fae-sake!

#4
Cat's Father
One Foot in the Grave - Jeaniene Frost
Slim-ball to the 100th power! Who puts a hit on their daughter, then is coward enough to hide. I can't wait to see justice served further on in this series!

#3
Shane
Captivated - Deb Apodaca
Sneak little snake is what he is! Shane sure does know how to lay on the charm, but Dean just needs to kill him already!

#2
Warner
Shatter Me - Tahereh Mafi
For those who put this weirdo on the BF list....you are twisted. I understand that he may need help, but my help would be a bullet to the head. Trying to say him & Juliette are the same is like trying to nail Jell-o to the wall, it doesn't work.

#1
V'lane
Shadowfever - By Karen Marie Moning
Some of you may be saying, "V'lane, NO!", but I say yes! He's cunning, stealthy & hides his true nature with grace. So to me he absolutely belongs on this list!

Who are your Top Characters of the year? Are the Best Friends, Villains, Couples, who stuck out the most to you?
Posted by Jessica Hansen at 9:51 AM

I love when I see Touch on anyones list, I love love love that book. I didn't add anyone from Touch today since I decided to go with favorite female character.

Jelena and Cat's father. How right you are! I'm not sure about Vlane, though. I liked his story, but thought it was a little abrupt in the end..

@Kristina - Touch was good, though it totally reminds me of Christine Feehan's Ghostwalkers

@Patricia - V'lane to me is a villain simply because of how well he hid it. Yes I felt it was abrupt and quick, but thank GOD KMM is writing more!

I totally wouldn't put V'lane on my list because I didn't really like him, but he's definitely a memorable character.

Totally agree with your assessment of Marshall Cross in Touch. Completely heartless!!

Thanks for you kind comment on the form for the New Year's Hop!